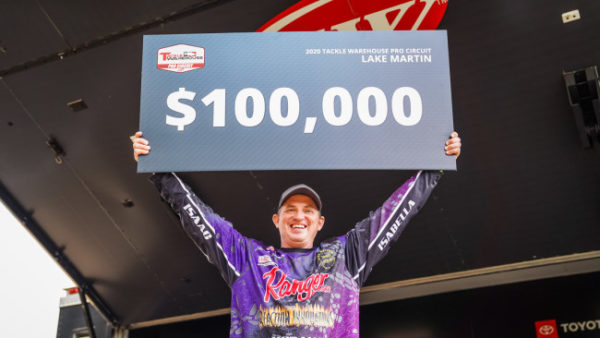 One big bite – that’s all that separated the entire top 10 going into the final day on Lake Martin. Whoever got it was probably going to win.

Turns out, one big bite is all Jason Abram got in five hours of fishing his main pattern today, but that one big bite anchored a bag just big enough to earn his first Tackle Warehouse Pro Circuit event.

Of course, Abram wasn’t feeling so great prior to the final read out.

As mentioned, Abram had spent five hours fishing his main pattern with just one bite to show for it, and that bite came at around 10:30 a.m. From then on, it was hours of “mentally exhausting” fishing and wondering if he’d left the door open for someone to catch him. 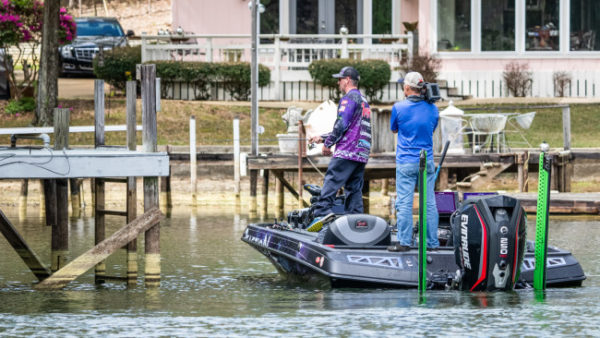 Yet, the reason he kept fishing his pattern was the same reason he’d be fishing it all week – it didn’t get many bites, but it got the right bites. In this case, a 4-pounder that couldn’t resist his merthiolate Reaction Innovations Flirt Worm walked under docks – but not just any docks.

“It had to be the last three docks in a pocket,” says the Piney Flats, Tenn., pro. “I was looking for flatter pockets with three docks lined up in the back. I could look on my graphs and quickly see which pockets looked good, which helped me fish fast, and I needed to. I caught one fish for every 15 pockets I hit.”

Thanks to the unique format of the event being moved up due to the COVID-19 virus outbreak, Abram and the rest of the field went straight from practicing to competition with no off day. That helped Abram, who had just started figuring out in practice the big, prespawn female largemouths were hanging underneath the last docks in a pocket warming themselves before making the final move to spawn.

So when the sun came out the first two days, Abram was able to quickly capitalize, skipping his worm – which he threw on a G. Loomis 6-foot, 8-inch medium-heavy spinning rod – as far underneath the docks as possible and walking it out. Though, he says, he usually didn’t need to walk it far, as the fish were up so shallow that they often bit right away.

Yet, after taking over the lead on day two thanks to the largest bag of the tournament – 17-10 – the conditions began to unravel quickly. Clouds and falling water made it so fish couldn’t get comfortable sitting up in inches of water under docks, which in turn, made Abram uncomfortable about continuing to devote so much time to the pattern. 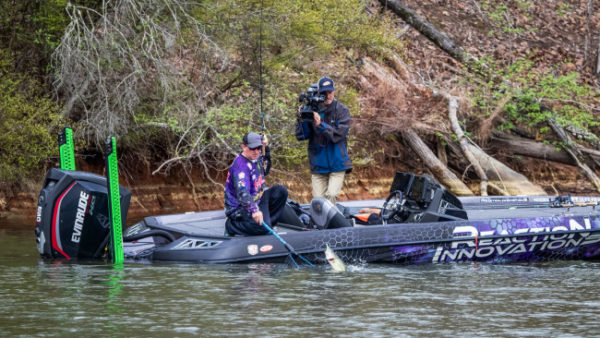 But that’s where the other half of his pattern came into play. Abram spent roughly the first few hours of every day targeting spotted bass to catch a limit and calm him down. He focused his efforts in the mid-lake region, right around where the dirty and clear water met.

“I was paralleling just random banks with a Reaction Innovations Skinny Dipper,” he says. “I think the spots were just pushing bait up against the bank, because I’d go awhile with nothing and then catch three or four quick. It’s like a pod swam up and I’d catch them.”

That pattern held true again today, though, two of his spotted bass were pretty tiny. So when he made the change to go target largemouths, he did so with the mindset of just getting two bites. The first came quickly, and was actually a 4-pound spotted bass. Still, it had him confident that he could get at least one more in the remaining few hours. Turns out, that never happened, though he says he had two 4-pounders chase his worm out from under a dock and either roll on it and miss or see the boat and spook.

Still, in the end, he didn’t need either. His floating worm pattern held up just enough with that one big bite to seal the deal and make his dream a reality, along with pocketing $100,000.

“I’d been so close to winning before and always came up short,” says Abram. “I thought I didn’t close it out again today. But I stuck to what I thought I could win this thing on, and I was rewarded.” 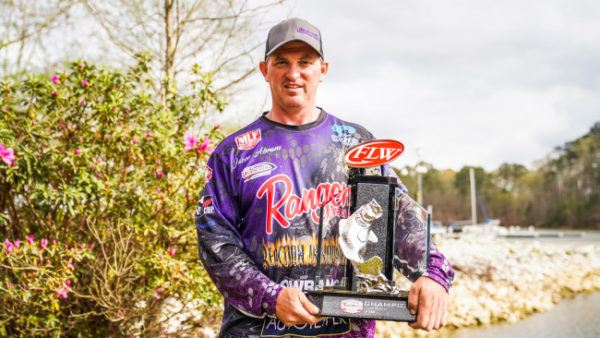 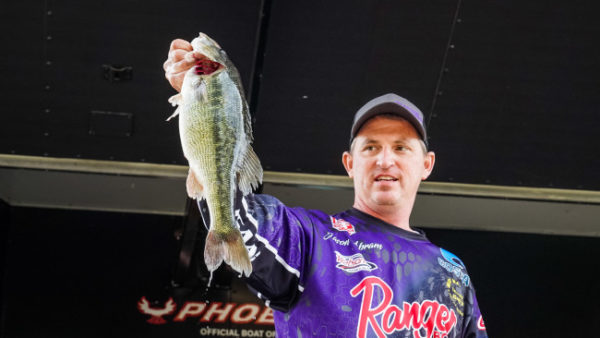 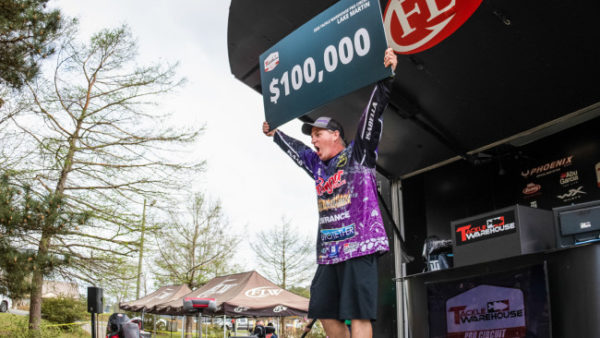