It’s definitely an interesting setup if you’ve only ever used traditional stuff….

Here’s a quick illustration of Jer’s modified bridal rig:
The diagram above actually does a good job of breaking down the rig, but here’s the writeup from Cory on the various components, starting at the hook end:

“Smith’s rig employs a single 4/0 VMC 9617 treble hook attached to a 5- to 10-inch length of 30- to 50-pound-test TyGer or other tieable wire, with shrink-tube over the wire attachment area and hook eye. A wire loop is formed at the opposite end of the wire, as an attachment point. He puts a rubber band around the body of the baitfish and runs the wire hook-rig beneath it, pinning the hook in place.”

The biggest benefit of using all these rubber bands is zero hooks are penetrating the flesh of the sucker – allowing for maximum health, activity and longevity. And lively suckers get more bites….

Here’s a breakdown of the nose-end of the rig:

For those of you who don’t read the dictionary for fun, “nares” is just a fancy word for “nostrils” 😉

Since the sucker is attached to the rig exclusively with rubber bands, it should easily bust-free from the hardware without an aggressive snap-set (what most folks do).

This is how he describes it:

“Once I establish the right angle, I reel down until the rod just starts to load and sweep it firmly and slightly to the side until I feel solid weight.”

Just something for you to chew on during the long, cold winter ahead….

Wanted to give a quick shotout to H2O Tackle for some extra-slick new colors they dropped earlier this month:
From left to right:

And our personal favorite Citrus Herringbone:
Also diggin’ the video they posted, lookin’ at each new color in the sun and underneath a UV light:

“While muskie anglers prefer to wield sucker rigs in fall, most studies reveal that muskies selectively target wild suckers least often in fall, and most frequently in spring. During the Wisconsin study, numerous muskies were observed near shallow sucker spawning areas, many of them with large catostomids in their stomachs at this time.”

I know some guys are already running suckers in spring, but it’s not super common.

Guessin’ the biggest problem would be finding good suckers at the bait shop, but you could always catch your own when they’re making their spawning runs, then save ’em for opener. It’s honestly not a tough task if you know where to find them and how to get them to bite. 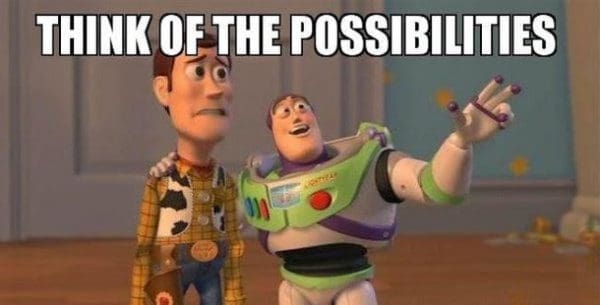 Muskies on Ice!
Now that northern Wisconsin has officially outlawed ice fishing for muskies, there aren’t too many places left you can target ‘skies through hardwater. ^ That monster is the biggest ‘skie Andrew has caught through an ice hole, and she showed up less than an hour into his first ice musky trip of the year….

And here’s the clean release shot:

Not gonna give ice fishing for muskies the thumbs up 👍…. Lots of valid concerns about the health of the fish, but wanted to give Andrew props on an impressive catch. Congrats to Stephane Pigeon on boating this impressive 55″ Canadian steamroller! Not bad for his first-ever musky 🔥 How To Catch Big Pike
New for 2021: Let Your Imagination Run Wild with the Gamakatsu® G-Case System
Ice Fishing has Begun on Lake of the Woods
Summer-tiiiiiimme at Lake Of The Woods
Brunswick Corporation & Mercury Marine win Most Innovative Marine Company award from Soundings Trade Only
My Forty Pound Plus Catch