Welcoming Top Pros to the Team Brothers Johnston of Peterborough, Ontario, both accomplished competitors in their own right, have years of victories and cash earnings to their names. 34-year old Cory Johnston, for example, has racked up $600K U.S. earnings and been in the money over 70 times. Cory will also be fishing the upcoming 2020 Bassmaster Classic on fabled Lake Guntersville in Birmingham, Alabama in March.

His close-knit brother, 30-year old Chris Johnston, won Rookie of the Year (ROY) as a newcomer to the FLW in 2017 and has raked in over $650K in U.S. earnings. (Smells like sibling.) Chris, too, will be competing in the 2020 Bassmaster Classic. Older brother Cory credits their undeniable skills on the water to growing up on Canadian waters. “The fisheries here are so diverse. You have to be able to fish for both smallmouth and largemouth bass to be successful,” said Cory. “In 2020, I will be continuing my journey in the Bassmaster Elite Series, looking for the coveted blue trophy, AOY (Angler of the Year), and a Classic win.”

Chris Johnston also believes that his countryside Canadian upbringing helped make him who he is today. “I was born and raised in the country and could not imagine my life anywhere else. I actually live just down the road from my childhood home and can’t wait to watch my son grow and discover all the things country living has to offer.

“I cannot recall the precise moment that I fell in love with fishing, and that may be because my love for it was innate. My father was a fisherman and my older brother, Cory, had already mastered a baitcaster before I came along. I do recall having impatient moments watching the two of them,” Johnston continued.

“I watched my brother and dad enter tournaments and wondered when I was going to be old enough to do the same. Around my 11th birthday, I fished my first tournament with my dad…and we won. The rest is history.” 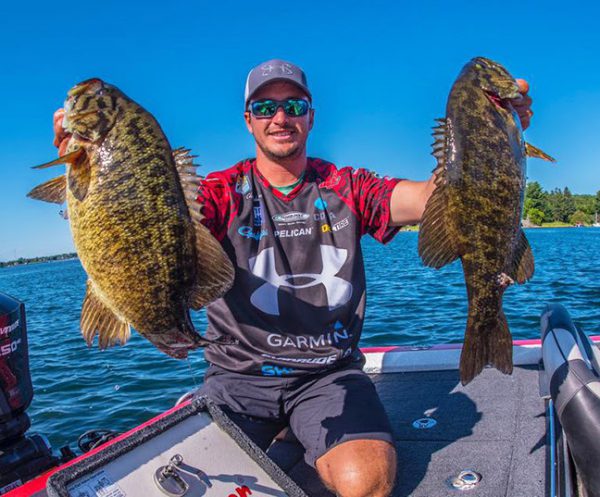 Between the age of 11 and 18, Chris and Cory Johnston gained a lot of experience, skill and success in local Canadian fishing circuits. By 18, Chris decided to take a gamble and fish his first U.S tournament, the FLW Costa Series on 1000 Islands, where he earned a second place finish and went on to win AOY. After three years fishing the FLW Tour, he was offered a spot in the Bassmaster Elite Series.

“Now, a year later, I have completed my first season in the Elites and qualified for the Bassmaster Classic. This is something I have dreamt about since that first tournament 19 years ago.”

“I am really excited to have the Johnston brothers come on board and join our team,” said Daiwa U.S. Marketing Manager, Curt Arakawa. “They are excellent fisherman and have done really well in both Canada and the U.S. They will help strengthen our Bassmaster Elite Series staff, which includes Seth Feider and Patrick Walters. We will also get Brandon Palaniuk back this year competing in the Elites.” Also joining Daiwa in 2020 is the man whose motto is, “It’s all about the Stash,” Arroyo Grande, California’s bass fishing virtuoso, Jared Lintner. A 13-year veteran of the Bassmaster Elite Series, Lintner has fished 141 events (91 times in the money) and banked a whopping $1,114,530 in cold hard cash over his career, raising the trophy twice at Bassmaster Elite Series events.

Now a staple in Bass Pro Shop’s Major League Fishing (MLF), Lintner competed in the MLF’s inaugural season in 2019, where he scored a second-place finish on Lake Chickamauga in Tennessee and fished the MLF’s 2019 Redcrest Qualifier in La Crosse, Wisconsin. Lintner will again fish the MLF in 2020.

“I am excited to have Jared Lintner join our team and help in promoting Daiwa reels,” said Arakawa. “Jared is a great fisherman and will add to an already stellar team fishing the MLF circuit.”

Arakawa said in closing, “I want to welcome Chris, Cory and Jared to join the Daiwa team, which is made up of some of the best fisherman in the world, including Brandon Palaniuk, Brett Hite, Brent Ehrler, Cody Meyer, Ish Monroe, Patrick Walters, Seth Feider, Takahiro Omori, Clay Dyer and Mark Zona.” 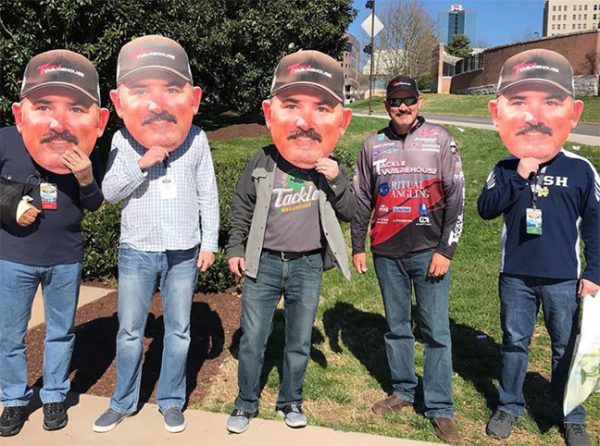 Can you guess who is the real man in the ‘stash, Jared Lintner?