Weather Will Be Key For Bassmaster Elite Series-Opener On The St. Johns River 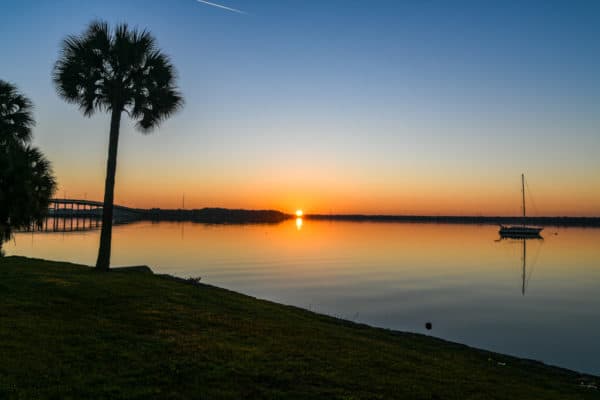 Weather Will Be Key For Bassmaster Elite Series-Opener On The St. Johns River

PALATKA, Fla. — John Cox wishes he could experience temporary amnesia during the upcoming AFTCO Bassmaster Elite at the St. Johns River. That’s because much of what the Florida pro has learned over the past two decades of fishing this big-fish factory will be of little relevance during this year’s season-opener.

Competition is set for Feb. 11-14 with daily takeoffs at 7 a.m. ET from Palatka City Docks and weigh-ins each day at 3 p.m. from Palatka Riverfront Park.

Long regarded as one of Florida’s top-tier fisheries, the St. Johns once boasted a vast acreage of swaying eelgrass that served as prime habitat for bass in all stages of the spawn. But the fishery lost nearly all of that grass during Hurricane Irma in 2017.

So now, anglers will face a vastly different fishery than the one that has produced winning weights upwards of 90 pounds at past Elite Series events.

“I wish I could forget everything from the past 20 years,” Cox said. “It’s hard to get out of my head what it looked like in the past with all the eelgrass.

“It’s almost to the point where I have to forget about all the sight fishing that used to go on. I just have to fish for those fish because I don’t think the clarity is like it was without the grass.”

Tournament boundaries stretch from Jacksonville’s Fuller Warren Bridge (Interstate-95), south to Highway 44 in Deland. Historically, much of the field during Elite events has dispersed throughout the 72-square-mile Lake George, located south of the tournament’s takeoff and weigh-in site in Palatka. Nearby Crescent Lake will also get its share of attention.

Even without eelgrass, more vegetation awaits the anglers south of Lake George in the form of lily pads, hyacinth and pennywort. Getting away from the crowds could pay off, but the lower region includes no-wake zones and (manatee) speed zones, which require a larger investment of time for anglers making the long trek.

North of Palatka’s Main Street Bridge, the river broadens and offers more docks, canals and creeks — the scenario in which Paul Mueller found last year’s winning fish during an event that was shortened to three days by inclement weather. Others, including fifth-place pro Jake Whitaker, fared well by tucking into protected canals and targeting docks and seawalls.

This year, anglers will also be allowed to lock into Rodman Reservoir, south of Palatka. Adding these waters will avail a wonderland of stump-strewn habitat rich with pad fields and random laydowns.

Throughout much of the St. Johns, offshore anglers will be looking for shellbars like the ones that nearly delivered the win for last year’s Day 1 leader, Kelley Jaye.

February is always a volatile month for Florida weather, so tournaments this month are usually a feast-or-famine affair. That said, if tournament week brings warm, stable conditions, a wave of spawning bass could turn the event into a barnburner.

“There’s been a cooler winter; it’s been spread out longer, so we’re a little behind,” Cox said. “So, all the fish could really come in, like 2019 when B.A.S.S. legend Rick Clunn claimed his 16th Bassmaster win with 98 pounds, 14 ounces.

“I’ve been fishing Lake Toho and the pond at my house and they’re a couple weeks (behind schedule). But it won’t take much for it to get back on track. We’ll have a little cooldown right before practice starts, so if there’s a warming trend during the whole tournament, it could be great.”

With lower water clarity curtailing traditional sight fishing, the tournament will see less precise bed-fishing strategies. Some anglers will still pursue spawners, but it’ll likely be a strategy of blind casting to promising areas with a mix of topwaters, light jigs and Texas-rigged plastics.

Depending on weather patterns, some may target prespawn staging fish. Swim jigs, bladed jigs, swimbaits, lipless baits and squarebills could come into play for that. Elsewhere, anglers will use flipping and punching techniques, suspending jerkbaits and wacky-rigged worms.

Last year’s event saw Mueller win his second Elite trophy with a three-day total of 47 pounds, 6 ounces. That’s an average of just under 16 pounds a day — far less than the nearly 25-pound average that Clunn had with a four-day winning total of 98-14 in 2019.

That’s Florida fishing; it varies year to year and, often, week to week during the first quarter. On the upside, the St. Johns is packed with quality fish, including a generous smattering of double-digit giants.

“I think if someone does stumble onto some eelgrass, they could win the tournament,” Cox said. “If we get the warming trend and we don’t get much wind, the winning weight could be in the 90s, and it could be a Century Club (100 pounds) tournament.”

David Fritts announced earlier this week that he is withdrawing from the event for medical reasons. Fritts, who was hospitalized briefly in January, hopes to return for the Bassmaster Elite at Tennessee River Feb. 25-28.

Live coverage for all four days of the event can be streamed on Bassmaster.com and the FOX Sports digital platforms. FS1 will also broadcast live from the tournament beginning at 8 a.m. ET on Saturday and Sunday.

The AFTCO Bassmaster Elite at St. Johns River is being hosted by the Putnam County Tourist Development Council and Putnam County Chamber of Commerce.