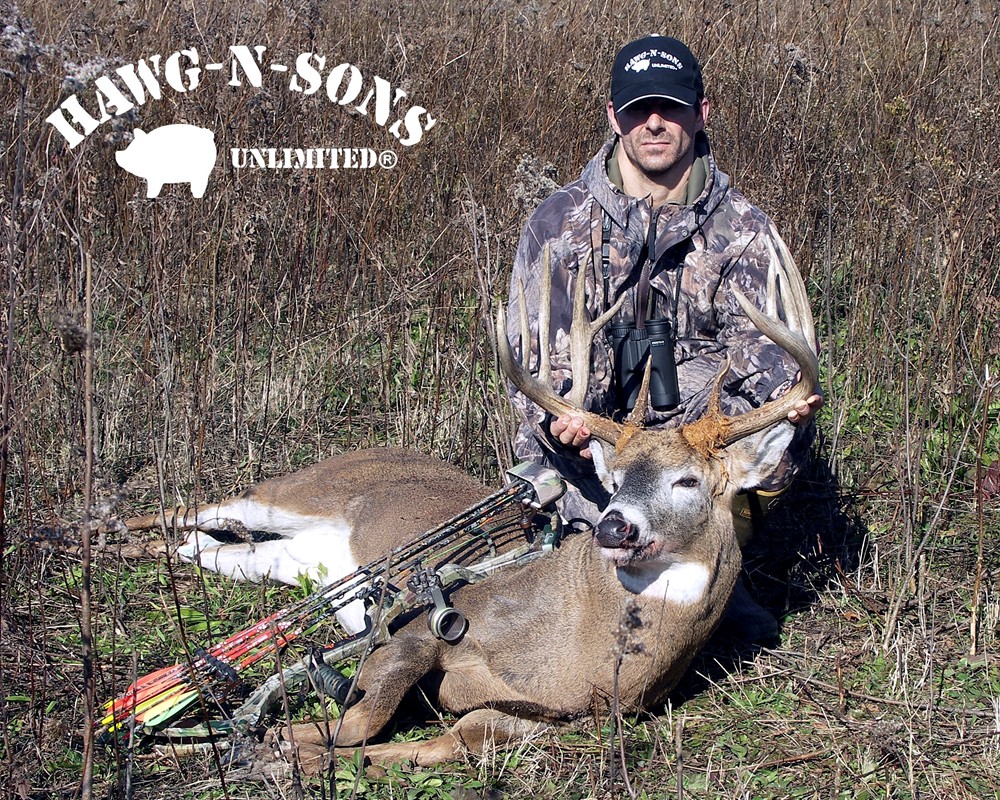 November 4 2009. This would be a day I will remember well for the rest of my life. I rattled the antlers at dawn & by 6:30am a big main frame 10 pointer with some sticker tines around the base came out of the corn field from the North, when I finally seen him he was standing looking at me 20 yards away, angle towards me. He had a stalk of corn hanging from his antlers and I thought it was a massive drop tine. He ran off to the South West through the slew bed where I see most of the deer travel. It was a quiet afternoon until I decided to try another rattling sequence at 4:20pm. Within 5 minutes the big main frame 12 pointer with the stickers on his G-2's that I had videos of on October 9th appeared to the North along the corn field. He was smelling the James Valley dominant buck lure that I had circled the property with. He was looking at the deer decoy that I had set out to the NorthEast of my blind. His hair on his back was raised as he circled my blind and proceeded up the trail that I had cut that run angled away from my blind from the corn field to the clover field with apple trees in the decoys direction. As this monster buck stepped into my shooting lane I released the arrow.