Giant black crappie that Jam Ferguson caught in May of 2018 is now a new world record.

Spring time is that short window where many anglers take advantage of the crappie spawn and the adrenaline-rushed bait thump that they bring. Big crappie are enough to send many anglers into a frenzy. And this possible new world record crappie is about to take the fishing world by storm.

An absolute giant of a crappie was caught in a pond in Paint Rock, East Tennessee by angler Jam Ferguson. That giant weighed in at a whopping 5.46 pounds.

For those of you who aren’t familiar with crappie fishing or fishing in general, this is groundbreaking. Absolutely huge. The fish is now the World Record Black Crappie.
World Record Crappie 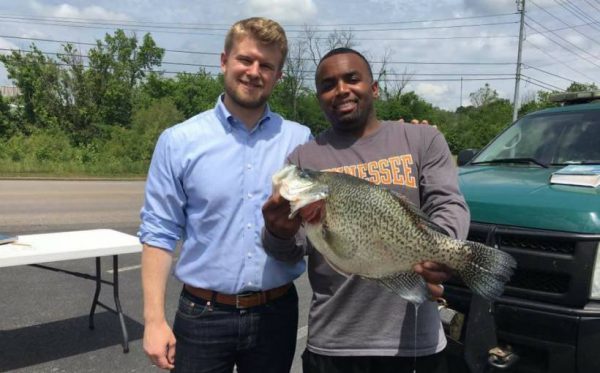