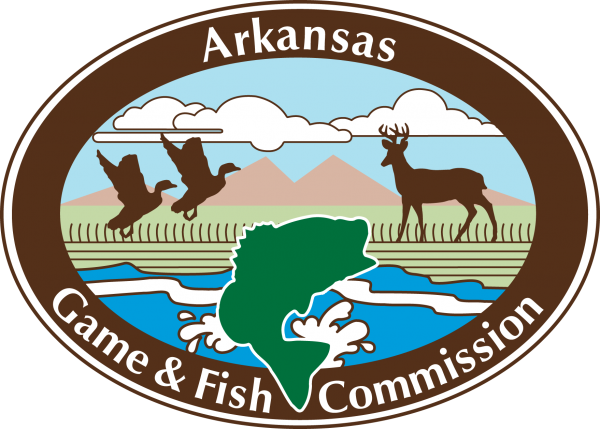 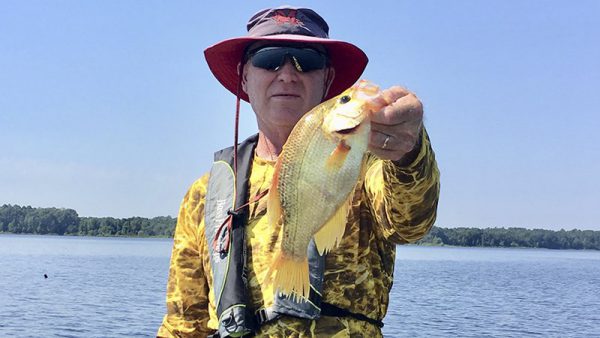 MAGNOLIA – The sun may have cooked away any rainbows over Lake Columbia on Saturday, July 27, but local angler David Allen Sisson certainly found the proverbial pot of gold when he netted a fish few in the fishing world have ever heard of. A golden crappie surfaced at the end of his line during one of his frequent trips to the 3,000-acre fishing destination in Columbia County.

Sisson was vertically jigging a sweat tea and lemon-colored Bobby Garland jig on a chartreuse jighead when the fish took the bait.

“The jig is the same color as a little bluegill, and that’s what those fish are after down there this time of year,” Sisson said. “I’d caught about three crappie off the pile before that one hit. It hit just like a crappie and pulled just like a crappie, but when it got to the surface, I couldn’t believe my eyes. It was a beautiful fish like nothing I’d seen before.”

Sisson’s luck continued. As he looked around after the catch, another angler was nearby, so he drove over to him to get a photo while the fish was fresh out of the water.

“The pictures still don’t do it justice,” Sisson said. “It was amazing, and I just feel blessed to have caught it.”

“I had never seen a golden crappie in my life,” Yung said. “I’ve read about them, but it’s something you just never see in the wild.”

Yung explains the gold coloration is caused by a genetic mutation called Xanthism, similar to what causes a rare animal to be an albino or the black pigmentation in some extremely rare cases of deer and other animals. Xanthic crappie not only are lottery-drawing rare, but their coloring can hinder their ability to survive. These sorts of animals usually stand out from the others and are typically eaten by predators long before they reach maturity. The fish was caught on one of many artificial brush piles sunk by the AGFC in the last few years.

“Columbia is a water supply reservoir, so we have to be creative when adding fish attractors,” Yung said. “The lower end of the lake really lacks deep cover in the open water, and adding fish attractors in that part of the lake was a major improvement anglers asked for in public meetings when we wrote the fishery management plan. Since that time we have added more than 500 such structures to the lake, and we plan to keep it up.”

Sisson says he fishes the attractors often and really appreciates the efforts of the AGFC to place them in the lake for crappie anglers.

“They’re marked with GPS coordinates on the AGFC website, so you just have to plug them into your GPS unit and go right to them,” Sisson said.

Columbia recently was featured for its bass angling in Bassmaster Magazine, ranking in the top 100 bass lakes in the country. Yung and Sisson hope the news of the rare crappie catch also shines a light on the fantastic crappie fishing to be had at the lake.

“I’ve lived in Magnolia since 1985, and have fished the lake since it was first impounded,” Sisson said. “I fish there all the time, and bring my 4-year-old grandson with me when I can. We catch so many fish that I only keep a few each trip and still manage to share crappie with my neighbors and friends.”

Sisson says his golden catch didn’t end up in a frying pan, but has been taken to a taxidermist in Magnolia to mount.

“I just hope they can duplicate it,” Sisson said. “They had never seen one in person, so it’s new territory for them. I brought them the pictures of when it was caught, so they could get the colors as accurate as possible.”

Get an EDGE! Plano Adds to its Exclusive Family of Storage Solutions
DAIWA: Shad Bait Now Available
Can You Cook Fish In a Sleeper House On Lake Of The Woods?
Minn Kota® Wins in “Best Boating Accessories” Category with new Raptor™ Shallow Water Anchor at ICAST 2020
AQUA-VU: Winner by a Landslide
NEW for ICAST: Plano Z-Series Duffel Bag