The Case for Straight Fluorocarbon on Spinning Gear 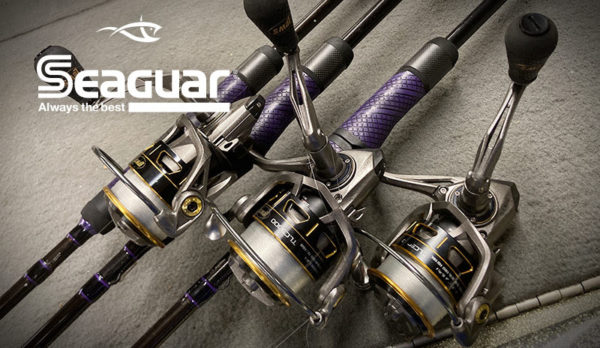 The Case for Straight Fluorocarbon on Spinning Gear

Over the past few years, braided lines with a fluorocarbon leader have become a go-to set-up for anglers fishing spinning gear. It’s a combination that works exceptionally well and generally; the only question is which connection knot to use. But, some anglers still prefer to use straight fluorocarbon , whether for lure performance or convenience.

Those who know Mark Zona, either through meeting him or watching him on Zona’s Awesome Fishing Show or his work with Bassmaster, see that he has quite the personality. He takes this into account with his line selection for some techniques.

“I’m a hyper person and fluorocarbon helps me get rid of some of that added action to my lures,” he says. “Braided line is great, but the zero stretch causes baits to have a much more exaggerated action with each small movement of your rod. That’s good sometimes, but fluorocarbon allows the bait to look more natural and subdued under the surface.”

He estimates that seventy-five percent of his spinning rod fishing is done with fluorocarbon line, with the remaining quarter of the time being a braid to fluorocarbon combination.

“I still prefer braid to fluorocarbon for a drop-shot just to reduce line twist from the bait and hook spinning,” Zona says. “For all of the other finesse techniques, I still love the little bit of stretch when you set the hook with straight fluorocarbon. Compared to the old days of using monofilament line, which was like a rubber band, fluorocarbon has much less stretch and greater sensitivity.”

Menendez had a humorous yet serious response for why he prefers to use only fluorocarbon on spinning reels. He’s also of the mindset that he doesn’t need to make the change if it’s working for him. Taking Extra Care When Spooling Up and Fishing

“I can’t see well enough to tie the connection knot,” he says with a laugh. “But, in all honestly, I’ve been using a small barrel swivel three feet up from my hook or lure for years and it works great. It eliminates any extra twist from techniques like a drop-shot and it’s effortless to do; just tie a palomar knot on each side of the swivel. I’ve never had a single knot failure with 8 lb Seaguar InvizX, which is a great choice for spinning gear because it’s so soft and supple.”

Compared to a limp line like Seaguar Smackdown braid, fluorocarbon is a little stiffer and both Zona and Menendez agree that most line twist and other problems occur from the angler, both how the line is spooled onto the reel and how it’s used.

“I still fill my spinning reels up completely with fluorocarbon, but make sure to get all of the twist out of them before using it,” says Menendez. “I’ll start the day idling away from the boat ramp and let our 40 of 50-yards of line and keep the rods out there like I am trolling. I’ve done this for years and years with spinning gear and it’s the single best thing you can do to eliminate line twist and other problems. The resistance from the water keeps the line tight and the line will lay so much better on the reel.” Zona says that a quick adjustment after each cast you make can be the difference between line issues or a trouble-free day on the water.

“It’s simple, but instead of starting to reel to click over the bail on a spinning reel, flip it over manually with your hand,” he says. “Engaging the reel to flip the bail will create a small little loop of line each time you do it and that’s the start of line twist.”

When fishing spinning gear, it takes a little extra caution for landing fish, but the benefits of light line far outweigh this, according to Menendez and Zona.

“The biggest thing is to trust your line and not to be afraid of the light pound test,” says Menendez. “I use 8 lb InvizX for most of my spinning rods but will go up to 10 lb for skipping under docks and downsize to 6 lb for pressured fisheries or when I’m up north for smallmouth bass tournaments.” He feels that the light line enhances his lure action and allows him to get bites in ultra-clear conditions and has landed some monster bass around shallow cover with finesse tactics.

“You can’t be scared of your line breaking, even around heavy cover,” he says. “When I hook a fish, I go into slow motion and pay attention to where the fish is headed and if I need to get him away from something, I’ll lay my rod the other way and try to prevent it. You may lose one once in a while, but you have zero chance of landing a fish until you get him to bite first.”

When selecting which line to use, Zona considers where he is fishing but has two favorites: Tatsu and AbrazX. “Tatsu has outstanding casting distance and gives you great feel,” he says. “It’s very soft but also very strong at the same time. AbrazX is my choice when I am fishing around docks and pilings or if the lake has zebra mussels since it is a little more rigid and much more abrasion resistant.”

The decision to use fluorocarbon or a braid to fluorocarbon leader can be boiled down to personal preference. According to Mark Zona, they are both proven ways to catch fish and it often comes down to your comfort level.

“For a lot of techniques with a spinning rod, fluorocarbon just feels natural and comfortable to me,” he says. “That’s the most important thing with all fishing line. Whatever you are most comfortable fishing is what you should be using.”

Seaguar AbrazX and Tatsu fluorocarbon mainline is available from 4 to 25 lb test on 200 and 1,000 yard spools.