DAIWA: Playing in the Big Leagues Playing in the Big Leagues

Cypress, CA (February 4, 2022) – In the inaugural issue of Bassmaster, bass fishing frontiersman Ray Scott wrote: “It is my plan that we lift bass fishing up to public par with golf, bowling, and pocket billiards. It’s high time the public found out we exist.”

Bassmaster columnist Craig Lamb writes: “Following his All-American Bass tournament held in the fall of 1967 on Alabama’s Smith Lake, Ray Scott knew he was on to something. For the second time in four months, he’d convinced more than 100 die-hard bass fishermen to pay 100 bucks apiece to compete in what was billed as an exclusive, invitation-only tournament.” And now, Daiwa, one of the world’s foremost tackle companies, has signed on as a supporting sponsor for the Bassmaster Tournament Trail through 2024.

“Our partnership with B.A.S.S. is a great opportunity for us as a company to show how important the bass the market is to Daiwa, and not just in the US market, but across the globe,” said Daiwa President Carey Graves. “Tournaments are a great opportunity for us interact directly with consumer and take the time to demonstrate Daiwa products and what makes them the market leaders they are.” “Having the opportunity to work with Daiwa was a career-changing move,” said Walters. “With their top-of-the-line gear, your only thought is catching the next fish.” 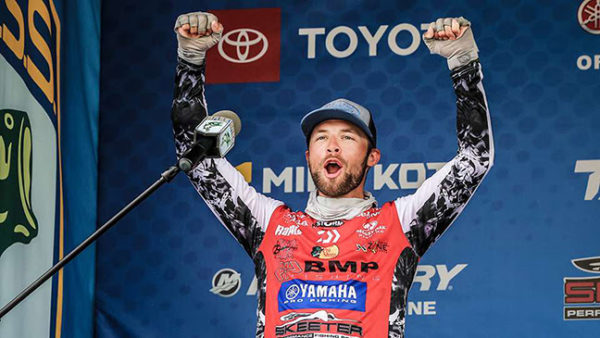 “We’re thrilled to welcome Daiwa as a new supporting sponsor as we partner to advance sportfishing,” said B.A.S.S. CEO Chase Anderson. “Daiwa already supports some of the biggest stars on the Bassmaster Elite Series, and we are excited for the opportunity to partner with Daiwa to reach anglers both here at home and abroad as we nurture a new generation of tournament anglers at our Bassmaster events and through our industry-leading platforms.” For Daiwa’s latest color catalog and/or information on Daiwa products, call Daiwa’s Customer Service Department at 562-375-6800 or e-mail inquiries to: [email protected] The URL for Daiwa’s web site is Daiwa.us