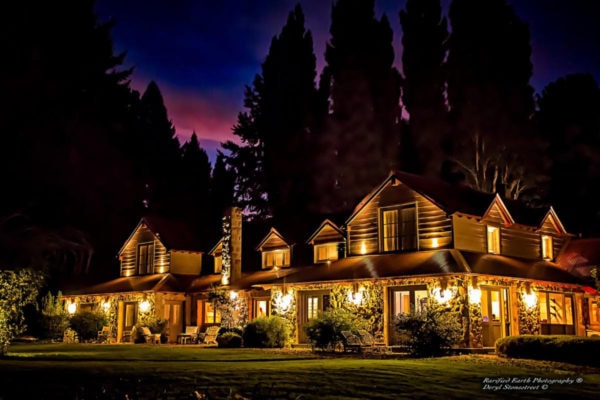 Kennesaw, GA (October 31, 2022) – The mild weather sporting seasons may be winding down in North America; however, spring and summer hunting and fishing are just around the corner at High Adventure Company’s destinations in the southern hemisphere. To accompany their extensive fall and winter offerings in the United States, it is prime time in Africa and South America for spring and summer hunting and fishing. From world-class fly fishing in Patagonia and New Zealand to big-game hunts in the Kalahari region of South Africa, High Adventure Company pairs unforgettable outdoor experiences with first-rate lodge accommodations.

“Our properties offer some of the best hunting and fishing in the world, and much of it takes place between October and May,” said High Adventure Company President and CEO John Burrell, who has hunted and fished around the world, leading more than 40 African safaris and as many trips in South America. A Tennessee native, Burrell began his career at Burnt Pine Plantation in Georgia in 1994. He became manager of the plantation, and when its owners formed High Adventure Company and built lodges in Africa and Argentina, Burrell gained international sporting travel experience. After high-profile roles at Mossy Oak/Haas Outdoors and Eddie Bauer, Burrell returned to HAC in 2000 and became the owner in 2006.

In addition to its destinations abroad, High Adventure Company provides fall and winter outings in the U.S. The company books Axis deer hunts in Hawaii, waterfowl in Nebraska, pheasant in South Dakota, quail at the Beretta Shooting Grounds and fly-fishing on the Soque River in Georgia. Meanwhile, exotic game enthusiasts have opportunities to observe, capture images and even hunt some of the world’s most exciting species on High Adventure Company photo safaris in Africa and India.

Along with making memories for its guests, High Adventure Company puts its 30 years of outfitting and lodging experience to work for other sporting destinations, offering lodge management and consulting on wildlife habitat, business potential, and day-to-day hospitality operations. The company has also partnered with Auburn University to launch a degree program in Wildlife Enterprise Management, one of only two in the country. They have also partnered with well-known brands in the industry such as Beretta on the Beretta Shooting Grounds and Swarovski Optik on their 1,000-yard shooting challenge. Complete information on High Adventure Company’s lodges, outings and management and consulting services can be found at HighAdventureCompany.com.