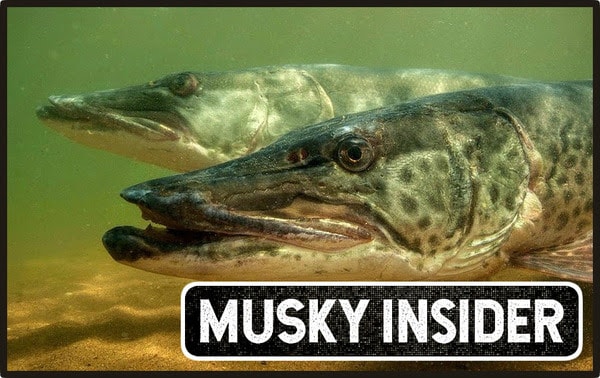 It feels like it’s been mid-summer for months, but there’s still some good musky chasin’ to be done where/when the conditions allow.

This week, we reached out to MN guide Ryan McMahon and asked him which baits he’ll have on his deck over the coming weeks. Enjoy!

“With the backside of summer in our sights we are entering one of the most exciting times to musky fish. Water temps will be dropping, fish will be pushing up shallower on spots, and the topwater/bucktail action should be amazing!

“Here are 6 baits I won’t leave the dock without in the late summer period.”

“The Cannonball Jr. continues to impress me with its efficiency. A lot of people are throwing these baits nowadays, but they produce time-and-time-again for me morning, noon and night.”

“The Musky Mayhem Moon JR4’s have a lot going on and are among a group of slow-moving baits that I have been finding success with. I like to use the JR4’s in low light periods, bulging them just under the surface.”

“The Ghosttails are a staple in my boat because they fish fast. Speed is a big trigger this time of year and the #7 Indiana blades are a great look being burned, and as always the Hirsch ties always look amazing!”

“The Quad B is a unique bucktail that has some amazing backside action with the signature beaver tail. This bait will truly shine on pressured waters.” “The Stagger 8/9 flat out catches fish in my boat! They have a great stagger grind that can be burned quickly. The Frenzy integrated clevis ensures a good start-up of the blades every cast.”

“The Big Mama Dirty B has been a big fish magnet in my boat for a handful of years now. They move slowly in the water, but make a ton of commotion.”

Thanks for sharing, Ryan!

P.S. In case you missed it…. make sure to check out the Metro Musky Mastery class (featuring Ryan McMahon & Josh Borovsky) for sale on our website. It’s jam-packed with tons of info, including lake-specific deets you don’t want to miss if you fish the Twin Cities area for ‘skies. You can click here for more info.

The Rut
If you’re lookin’ for a quick dose of musky-themed humor, you’ll love this short video from Mike Fisher AKA “Rut Daniels“:

Headlines of the Day
Just for a fun, here’s a few headlines from this past week that caught our eye:

The article obviously has nothing to do with muskellunge or large plastic Bull Dawgs, but the irony of the headline is perfect! 😂

#2 – Next, we’ve got a brand new nickname for our favorite species….

#3 – I’m less intrigued by the headline here…. What’s more fascinating is the guy in the photo somehow holding the baitcaster backwards.

#4 – Mille Lacs is such a fascinating lake….

The DNR shuts down walleye fishing on the lake for a few weeks despite most anglers reporting excellent catch-rates (plenty of fish in the lake).

Something smells fishy…. and it’s not the suckers that died in your shed last fall 😉

Came across a somewhat controversial article from Gord Pyzer this week, centered around this beautiful ‘skie: We’re not going to pick sides, but thought this might be a good opportunity to highlight a cool study from Casselman: “Identification of muskellunge, northern pike, and their hybrids”

Lots of cool insights and examples to examine.

Also, some creepy old photos of Esox skulls, which is a nice touch!

As far as Gord’s musky goes…. you can take whatever evidence is available and make up your own mind! 👍 How sweet is this shot from Tyler Guckenberger on Georgian Bay – that’s a portly porknanny with some big shoulders! 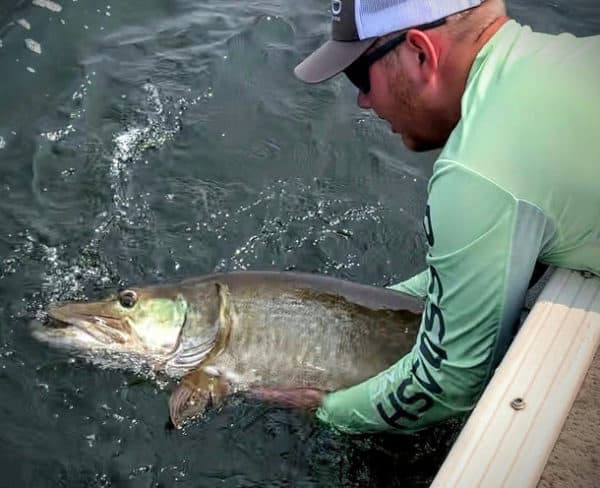 Congrats to Chad on bustin’ his new PB fishin’ with guide Carter Natale!

Cool fish with the lack of markings and the brownish color that almost has a tint of green to it. #beauty 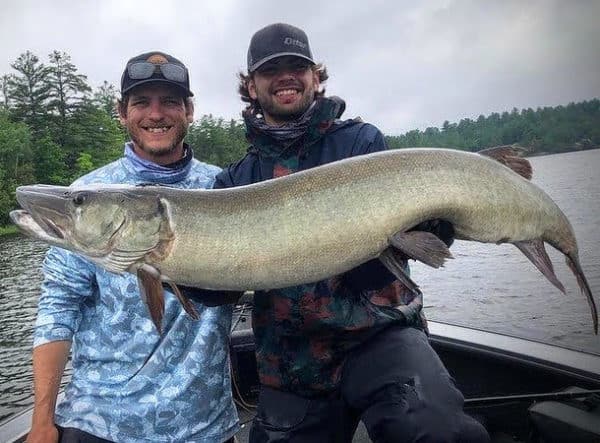