47 seconds ago by Keith Worrall 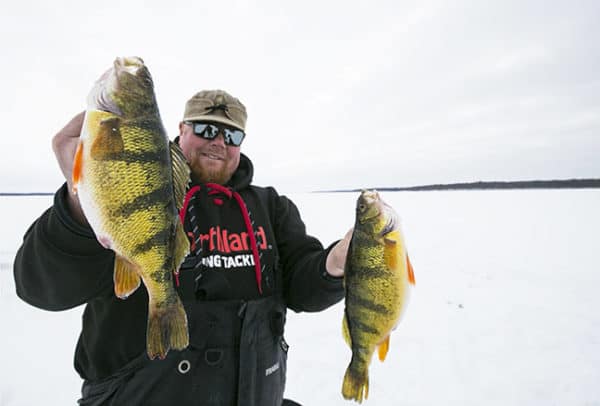 BEMIDJI, Minn. (November 10, 2020) – There are lures that leave lasting impressions on fishing. And then there are transformative lures that forever change the sport. In ice fishing, Northland Fishing Tackle’s trendsetting Buck-Shot Rattle Spoon is the latter.

The iconic jigging spoon is predicated on its audible, fish-drawing brass Buck-Shot rattle. A first in the industry, Northland fuses the signature brass rattle into a formed depression on the lure body. Maintaining visual realism, the rattle is then color-matched to the back of the spoon. 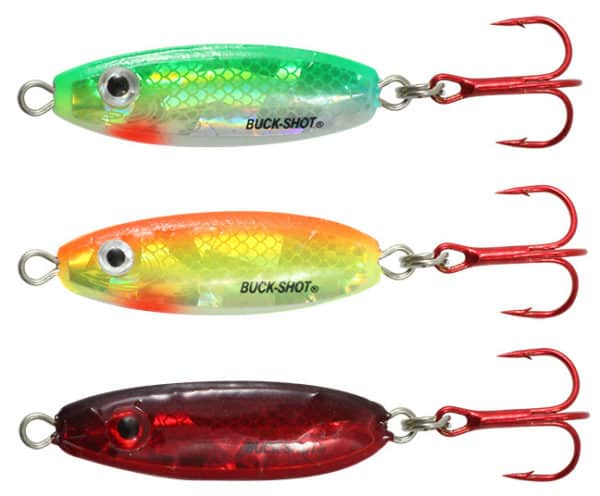 Available in 1/16-, 1/8-, ¼-, 3/8-, ½-, and ¾-ounce versions, choose from a host of patterns, including Silver Shiner, Gold Shiner, Super-Glo Perch, Super-Glo Firetiger, Golden Perch, Super-Glo Chub, Super-Glo Rainbow, Super-Glo Goldfish, Clown, and Super-Glo Redfish. And you can accentuate brightness and visibility by adding any of the six UV patterns to your Buck-Shot collection.

Northland pro and ice fishing authority Brian “Bro” Brosdahl is a longtime fan of the Buck-Shot Rattle Spoon, having put literally thousands of fish on the ice thanks to its unique sound and action. 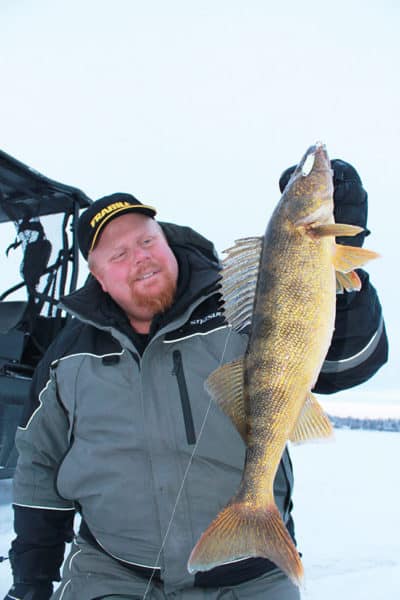 “The Buck-Shot Rattle Spoon is legendary. I always have confidence in it. The shape itself gets more bites than anything I’ve ever fished. The match-the-hatch colors and brass rattle make it a deadly weapon. I’ll try other lures, but usually come back to the Buck-Shot, the old reliable, and I know a lot of anglers across Ice Belt in the U.S. and Canada feel the same.”

In terms of colors, Bro’s favorite is Super-Glo Perch but says it’s a narrow victory over Super-Glo Redfish. “All the colors catch fish,” says Bro. “Add a minnow head or a half minnow, or a full minnow if they’re really active and you’ve got a weapon that’s put walleyes, perch and big panfish on the ice for generations.”

Buck-Shot Rattle Spoons come in many different sizes—from panfish sizes to walleye and lake trout size. “The size range is ideal for everything that swims. I use them for walleyes and jumbo perch. But Buck-Shots are awesome for big slab crappies, too, and I’ve caught pike over forty inches and lake trout on them – even in open water,” says Bro.

In terms of fishing the Buck-Shot Rattle Spoon, Bro offers some tips that work time after time for him on the ice.

“Just drop the bait down and let it hit the bottom and start jigging. If you’re in vegetation, stop it just above the greenery. You can rip it or jig subtly. Even just twitching and pausing, fish swim up to investigate and eat it. But I like to trigger fast strikes. And it falls fast because of its torpedo shape.

Bro continues: “Test jigging motions just below the hole and then drop the Buck-Shot down and recreate the action. You can perform magic with the right rod to get the ultimate effect, whether you want to rip it or use subtle movements for inactive gamefish. A lot of times on basin jumbo perch I use an 1/8- or 1/32-ounce Buck-Shot Rattle Spoon with waxworms, maggots, or a minnow head and pound the bottom. This really gets the perch going and draws them in from a distance to attack. For walleyes in the rocks, drop it down and bang it off the rocks. It really gets the brass rattle going. Fish come in angry with their fins up! I’ve watched them on an Aqua-Vu underwater camera – they just attack the bait.”

Ultimately, the Buck-Shot Rattle Spoon is that one ice bait no angler should leave home without. Bro concludes, “It’s a tried-and-true performer that catches fish everywhere across the Ice Belt. For me, the Buck-Shot is like an insurance policy to put fish on the ice. The bait is honestly that good. My advice? Get out and fish an assortment of colors and sizes for different species. You will be glad you did!”