2 days ago by Keith Worrall 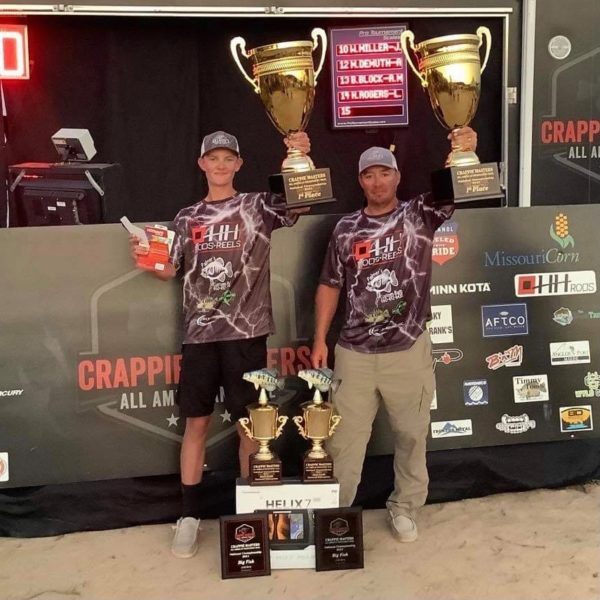 TJ and Alex Palmer win the Crappie Masters National Championship on Lake Darbonne with a 2 day limit weighing 24.66 pounds.
They also had the big fish of the tournament, weighing in at 2.55 pounds.

Coming in second place was the team of Clay Gann and Todd Froebe with 24.38 pounds.
They had a big fish at 2.05 pounds.

Eric Cagle (fishing by himself) took third place with 24.28 pounds.

Matthew and Bruce Rogers took Team Of The Year honors and placed sixth with a weight of 23.72 pounds.
They had a big fish at 1.85

There is 0.82 pounds difference between 1st and 5th place.

Full results are online at CrappieCentral.com/leaderboard.

Photos from the event