At a glance, the fish looked like a typical broad-shouldered smallmouth bass of about 5 pounds.

But angler Rick Hart doesn’t just glance at the fish he catches. He studies them, both their behavior and appearance. He moved from Missouri to northern Alabama years ago with the objective of pursuing a state record smallmouth bass in the Tennessee River system, specifically tailwaters below Wheeler and Wilson dams. He’s since caught and examined hundreds of smallies weighing up to 7 pounds and more.

And Hart noted something odd about this fish. It didn’t have the chameleon-like coloring with bars that Tennessee River smallmouths typically do. Even more shocking, it had a lateral line. His curiosity piqued, the angler looked inside the fish’s mouth and found a tooth patch on the tongue, a defining trait of spotted bass. 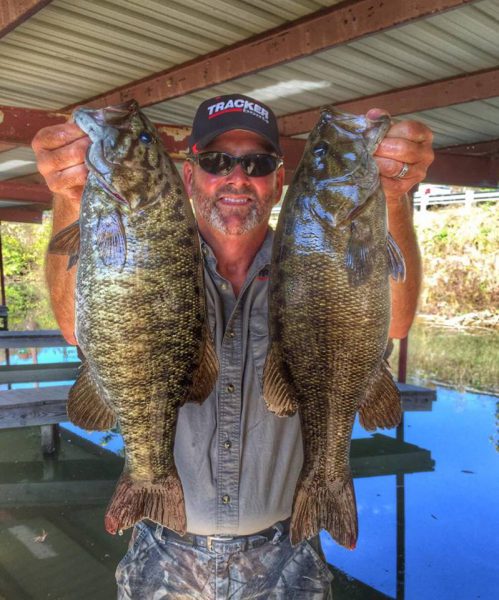