The Return of an Online Angling Sensation 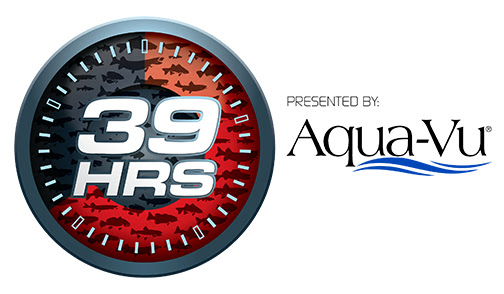 The Return of an Online Angling Sensation

Exactly four years after the first season of 39 Hours, the online angling sensation is back and better than ever, beginning on Wednesday, January 8— this time headlined by Aqua-Vu Underwater Viewing Systems.

“We didn’t want to rush into a sophomore season, but the demand from fans was greater than any project any of us have ever worked on,” said Aaron Wiebe, 39 Hours co-host as well as the personality behind Uncut Angling— another YouTube series regularly ringing up hundreds of thousands of clicks. “We are thrilled to finally share a second round of 39 Hours with the world. With all regions and all species in play, we feel this series raises every element of competitive angling to another level.”

“This is reality TV with a supercharged, fishing tournament plotline,” says show producer Jay Siemens of Thrive Visuals, who shared a boat with Wiebe to represent Team Manitoba. “It’s thirty-nine hours of intense action and every imaginable fishing scenario—from jigging for sunfish off a dock to offshore trolling. 39 Hours showcases a deep arsenal of tricks and decision-making that tests the limits of our fishing skills—and at times, our sanity.”

The four teams, spread across thousands of miles, explored numerous waterbodies from Central Canada into the American Midwest in an attempt to catch the biggest fish of as many different species as time allowed. Each team was equipped with a high-definition Aqua-Vu underwater viewing system, aiding the anglers in their quest to verify fish species and the aquatic hotspots they haunt.

“This year, for safety reasons, we split the 39 hours into six periods over three days to allow for a few catnaps,” noted Siemens. “Actually, we were all on the water or travelling for close to 60 hours straight. The extra time was spent less on sleep and more on travel and heroics; one team actually hopped on an airplane to fly into a remote wilderness lake. Naturally, it’s become a quest to outdo the other teams by any legal means necessary.”

Amid the intensity of firedrill-like fishing action, viewers of 39 Hours will explore above and below the surface of lakes, rivers and ponds. High-def underwater footage reveals in vibrant detail the worlds of the different fish sought by the anglers. Wiebe, a longtime fan of underwater study, has spent countless hours and days scouting both new and familiar waterways with his Aqua-Vu HD camera. “Watching fish interact within their environment on the live video screen is the juicy stuff,” he says. “But what an Aqua-Vu does like no other tool is confirm important specifics like fish species, bottom transitions from sand to gravel, and types of vegetation. You get a perfect visual of what you can otherwise only try to see in your imagination.”

“One of the teams used the camera to unearth a school of deepwater perch,” recalled Siemens. “Another team looked through the lens to find and ID the bass and sunfish they needed to score valuable points.”

During the first season of 39 Hours, the teams boated a total of twenty-three fish species. “This year, the four teams registered at least thirty different fish species from a totally wild range of habitats,” Wiebe said. “The new inclusion of a Midwest USA based team greatly expanded the diversity of waterbodies and species. This variety may or may not have offset the Canadian advantage of remoteness that often means easier and larger fish. I don’t want to give anything away; just get ready to watch us catch a lot of incredible fish in this series.”